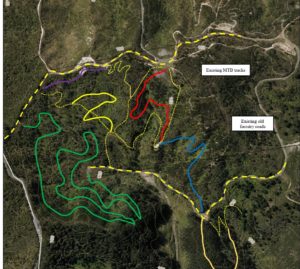 Whangarei Mountain Bike Club has big plans for Parihaka Mountain Bike Park. Only a few kilometers from the CBD, the park is an ideal location for people to get out on their bikes explore their local area, and get some health benefits while they are at it. The Mountain bike park is on the eastern side of Parihaka with the main access off Abbey Caves Road. Entry is also possible from the top of Memorial Drive. There is currently a range of purpose-built trails as well as gravel roads and 4WD tracks which cater to all abilities. However with mountain biking increasingly being chosen for active recreation the need for more trails is ever-present.

Currently, the club relies on volunteers to build and maintain the trails. The club recently received a grant from the WDC Community Fund to build a new beginner/intermediate trail linking together existing trails to create a cross country style loop, (the blue line). Volunteers have been cutting the proposed line to maximize the digger time the grant can cover.  This will be a welcome addition to the trail network along with several older trails that have been reopened or realigned by volunteers. It is hoped that work on the new trail will begin in mid-May 2020. If you are keen to help out or want to join the club check out their Facebook page for details. 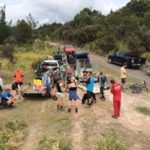 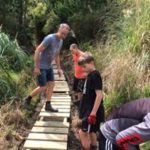 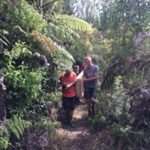 The council is due to start the development of a new car park at Abbey Caves, which will provide additional parking for users of the Mountain Bike Park as well as visitors to Abbey Caves, and toilets. These plans will result in the loss of part of one of the parks few easy trails, Hawkeye, so the council has agreed to recreate a new trail of a similar level in from the existing car park. Watch this space.

A Parihaka trail development plan was drawn up by Trail building company Southstars in 2016 detailing a total of 45km of tracks. The plan included costings and maintenance requirements, and maps of possible trail options over three zones. The club still hopes to extend the network along these lines as and when resources allow. If this plan or something similar can be brought to fruition it is envisaged that Parihaka MTB Park will become a chosen destination for mountain bikers both within the Whangarei District and other parts of New Zealand. Mountain Biking is increasingly chosen by people all over the world for their active recreation, and with that many are looking for new destinations to explore.

Unfortunately, a fire in the park in late spring 2019 destroyed much of the undergrowth at one end of the park. Plans are now in place to replant this winter. The area is to be mulched and sprayed before 20,000 native trees supplied by the Whangarei District Council and the MTB club will be planted. This too will rely on volunteers, so if you are interested in helping out keep an eye on the Whangarei Mountain Bike Club Facebook page. 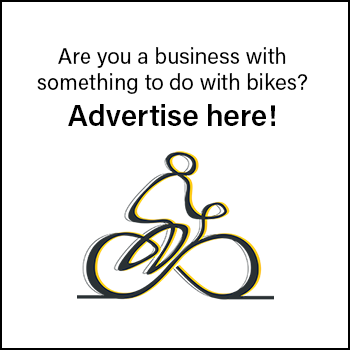 Bikes in Schools has been awesome.  Our tamariki are out every day (all day if they could!) riding the bikes. Kevin ‘the bike man’ has been amazing – I have never seen someone teach children to ride a bike so quickly and it is great to see their faces when they have learnt to ride – and it is not just the 5 year olds. It has been great for our rural kids because they don’t have access to places to ride.

We love Bikes in Schools at St Francis Xavier Catholic School. So many of children can now ride a bike and this new skill has given them confidence in many other areas of learning.

We love the bike track and use it every day.

Kevin is a superb trainer and we all really enjoy working with him. keep up the great work!

We are extremely grateful for the support Bike Northland has and still gives our school. From the development of our very own bike track through to the supplying of the bikes. We have noticed the confidence in our tamariki grow tremendously through these resources and the lessons from their skilled instructor Kevin.

My class biked 4 times a term to WGHS for music lessons. It would not have been possible to take up this opportunity without the bikes being available.

Every person in my class can now ride a bike. Every child in our school now has their own helmet!

Kevin was so helpful and our tamariki enjoyed remembered what he taught. The tactics he showed for non-riders were great and they are now riders.

We loved seeing the growth in confidence in students moving from being unable to ride to being able to ride in one session.

The kids really enjoyed the visits from Kevin. We are now able to run school tryathalons with our bikes and the kids are getting outside more to ride.

My favourite part was when we were driving around the cones even though I accidentally squished one with my bike. I loved the way you had the time to teach us how to be safe on a bike." 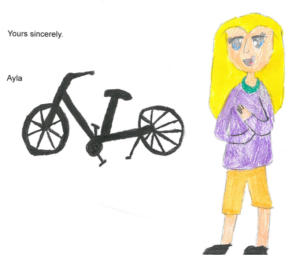 "I learned the A.B.C.D.E. test which helps me to check my bike safety. I also learned that if you pull the front brakes too hard you can lean back and you will be ok. Another thing I learned was if you're going right you need to put your right hand out." 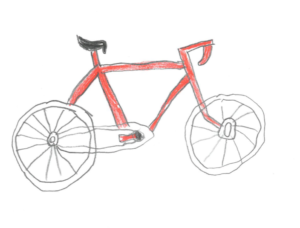 "Well, I learned a lot of things such as the A.B.C.D.E., safety bike check and to not bend your arms when you look back. Eventually, I learned how to get the ball off the top of the cone without having to reach out. At first, I would get it but then drop it. When I could finally do it, I was so proud. I also learned that I had built more of my courage and that I must never ever give up." 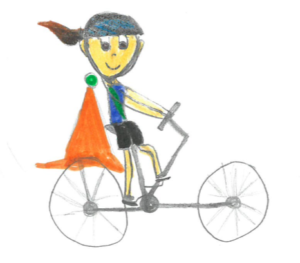 "I learned about the A.B.C.D.E. safety rules. In my opinion, I think that those rules work really well because they keep people safe on bikes but also safe on roads too. Another thing I learned was that when you turn a corner you have to put your hand out. Don't worry....next century they'll probably have indicators on bikes!!" 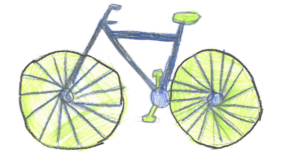 "Thank you for showing me how to ride the red bikes and to ride with one hand. I really appreciated the help from you. I enjoyed the 'guess the colour' picture game a lot. It was a fun exercise, so thank you so much.

All of my class enjoyed it, including me. I had fun during the bike ride to the windows and back. I enjoyed the 'try not to touch the ground' game. I also remember the safety shake." 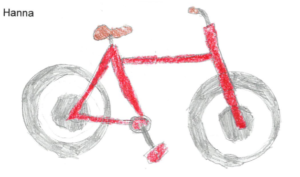 "Thank you for taking the time for us. When it was rainy, you still taught us and focused on teaching us. I think that was really nice of you. Thank you for helping me learn things I didn't know.

I learned how to nearly ride with one hand, and that was really fun. At first, I was really scared but then each time I started to lift my hand up off the handlebars more and more. It really made a difference each time I tried. 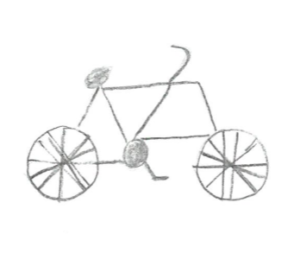 "Thank you for teaching me how a bike works because I didn't know anything about the bike check - Air - Brakes - Chain - Drop - End plugs. When the first lesson started, I was so excited until I nearly fell off! By the way, once I fell off my bike at home and I scraped my knee. The graze was about 6cm long. It really did hurt.

The best thing I learned was how to look backwards and how to put a ball on a cone while I was riding. The most important thing I learned was the importance of safety when you are riding on the road. My favourite course was the second one when you needed to turn your head and guess the object on the card. My 2nd favourite thing was you teaching me and my classroom what to do on a bike." 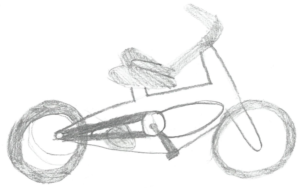 "Thank you for the course you provided to help us learn the skills to ride bikes safely. The safety lessons to help stay safe on the road when we are biking are very important. The epic games we played with you on the bikes were a fun way to learn. I really enjoyed it when Mr Hacker joined in the games we played on that day. I learned how to stay safe on the road by always staying on the left side of the road. Learning how to indicate with our hands to let other cyclists or cars know if we're turning this or that way is a new skill for me. I got better at riding around the big orange cones which you made as obstacles for us to face, thank you.

My favourite thing was having a free ride on our bike track." 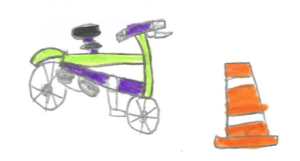 My favourite thing was when we had a race to the end of the courts and you told us to stop on the line or else we would crash into the bush. Riding bikes with you was so much fun," 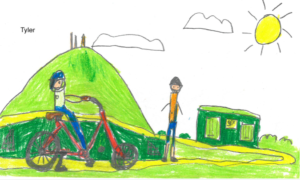 "My class and I would like to say a big thanks for teaching us sensible ways to ride a bike. I really enjoyed it. Now I feel safe when I do the A.B.C.D.E., bike check before I ride my bike.

I learned that riding a bike is not just a thing that comes straight away, it's actually something that takes lots of practice and requires you to think safely.

My favourite part of the learning experience was when you taught us how to look over our shoulders to see the cars behind us. Also when we had to carry the ball with one hand around the cones which I know helps our balance in this situation." 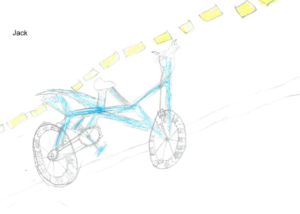 "Thank you for teaching us how to ride a bike safely. People that did not know how to ride, do now.

I liked the obstacle courses, going round and round. It was a very cool way to learn how to signal where you are going, to be aware of the cars by making eye contact and looking over your shoulder.

My favourite thing was putting the ball on the cone so now I am really good at signalling. I am also a much better bike rider. I like being your helper and the leader." 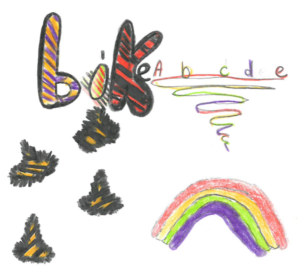 "The children loved the games/skills introduced. At least 2 of mine made amazing progress from not wanting or really being able to ride to being very engaged and trying to win the games."

"The programme provided the children with a varied and exciting way to learn more about riding and controlling their bike."